Dr. Funny Bone, also known as Charlie Siebert has had a passion for magic since the age of 10.  He grew up in North New Jersey and recently relocated to Southern New Jersey via Florida.  As a child he happened upon a magician at a department store selling tricks and for most of an afternoon, he was mesmerized by the tricks the man was performing with a deck of cards. The following day, he gathered his money and rode his bike back to that store and

purchase the trick.  He practiced over and over until he perfected it.  Today he still has that same deck of cards and still performs that trick at some of his shows.

Later as a teenager he worked in construction with his dad and would amaze his coworkers as he would do tricks for them making cigarettes disappear during their breaks.  Men would come from all over the site just to watch him do these amazing tricks.  Then one day, while one of the men that worked with him and enjoyed watching him do magic, watched him contort his body around a scaffold to untie a knot single handedly.  He looked at him and said, “You are just like Houdini working magic with that rope”.  At that moment he knew that magic was something he wanted to continue to always do because he knew that it made people happy. 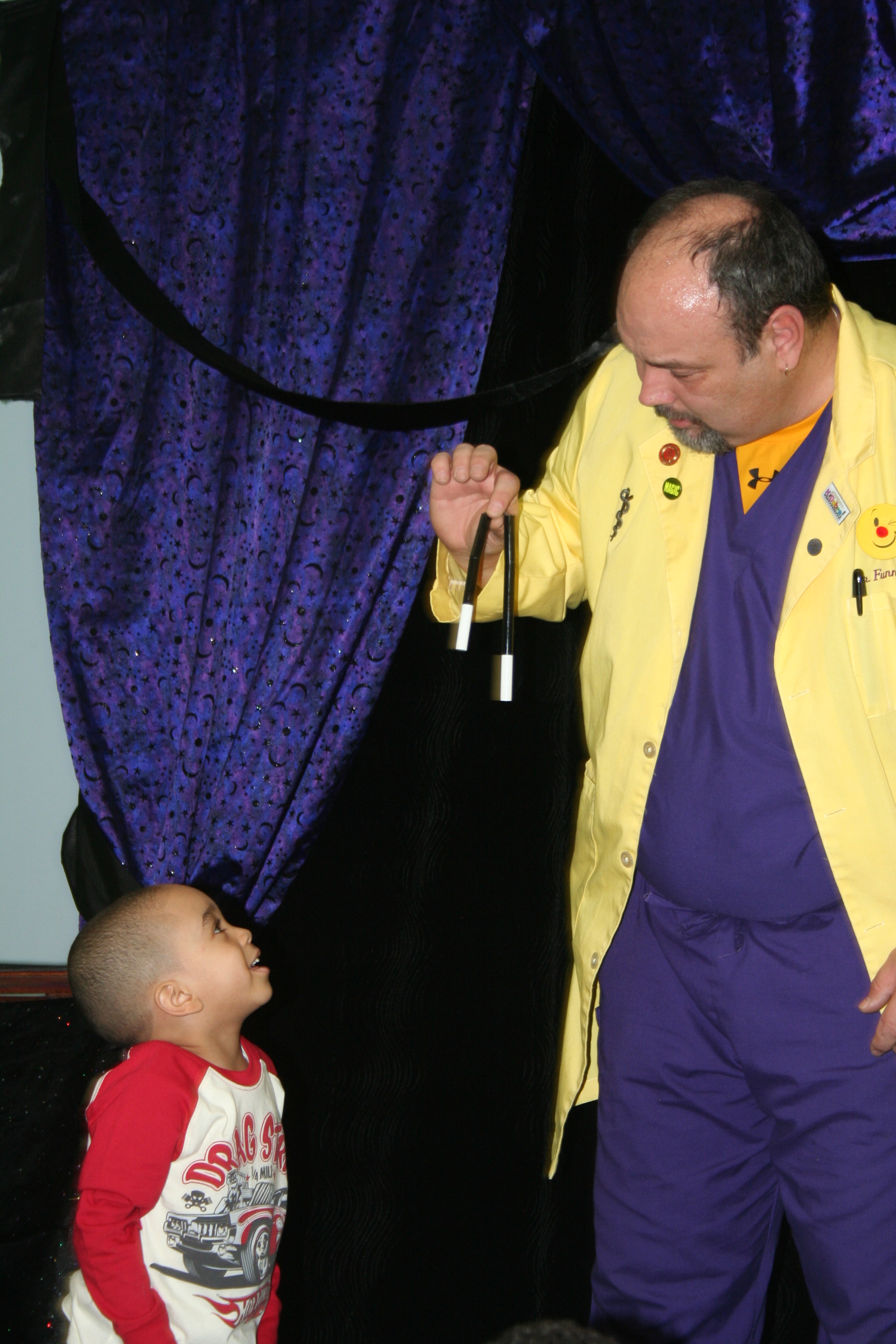 Today, Charlie Siebert is a Forensic Pathologist who also performs magic and balloon art.  He has been performing magic as well as learning from other famous magicians for over 30 years.  He attended numerous Magic conventions, where his education in magic grew.  Today he still never stops learning by reading and learning new tricks to incorporate in his shows.  He is a member of the Society of American Magicians, the International Brotherhood of Magicians, the International Magicians Society and KIDabra, an association of family and kid show performers. By keeping his magic fresh and new, he always puts on an entertaining show for all.  He also works magic with balloons performing at everything from walk arounds, to parties and festivals.  He can create simple little animal balloons to complex multiple balloon sculptures.  People of all ages love watching in amazement and laughing at the incredible talent of this unique entertainer.  He enjoys entertaining children and adult in all types of magic and is available to fulfill whatever your entertainment needs are.

As his two biggest fans always say, “Daddy is the best magician ever!” and he will be the best investment you can make to your party or gathering.